Mission: Impossible – Fallout is an action movie with great actors and actresses which gather a lot of audiences throughout the world.  Here in this post, some scenes of this movie have been chosen as a source for English learning.

Analyzing the conversations and dialogues of some scenes of the movie “Mission: Impossible – Fallout (2018)”

Psychopath: /ˈsīkəˌpaTH/
a mad person, one who suffers from a mental illness; one who demonstrates severely antisocial behavior and an absence of normal moral and emotional functioning

Tough guy:
A strong man who is not easily injured and is able to deal with difficult or violent situations

In the field:
On campaign; (while) engaged in combat or maneuvers

Copy:
Hear or understand someone speaking on a radio transmitter

Flip a coin:
To decide something by throwing a coin up in the air and seeing which side is shown after it lands, or to toss a coin.

Apostle:
One of the 12 disciples of Jesus; missionary of the early Christian church; one who spreads the teachings of Christianity; one who advances an important cause or idea

Box in:
To surround (someone or something) and make movement difficult, enclose or confine as if in a box

Philanthropist: /fɪˈlanθrəpɪst/ – noun
A charitable donor, benevolent person, a person who seeks to promote the welfare of others, especially by the generous donation of money to good causes

Lounge: /laʊn(d)ʒ/ Verb & Noun
A public room in a hotel, theatre, or club in which to sit and relax

Fundraising: /ˈfʌndˌreɪzɪŋ/ noun
The seeking of financial support for a charity, cause, or other enterprises

Bidder: /ˈbɪdə/ – noun
A person or organization making a formal offer for something, especially at an auction.

Count on: phrasal verb of count
Rely on, depend upon

Cover sb’s ass:
Protect somebody from possible subsequent criticism, legal penalties, or other repercussions, usually in a work-related or bureaucratic context

Step down:
Withdraw or resign from an important position or office.

Don’t make me regret it:
Do not do something which makes me feel sad or disappointed.

Date:
A social or romantic appointment or engagement

Being involved:
Being a part of something or associated with it

To make it work:
To do anything in your power to make a project succeed

Alias: /ˈeɪlɪəs/
A false or assumed identity or name, nickname

Have a ring:
To seem or sound like something you have heard or seen before

Take a chance:
Try to do something although there is a large risk of danger or failure

Asset: /ˈasɛt/
A useful or valuable thing or person

Anarchist: /ˈanəkɪst/
In favor of lawlessness, one who causes chaos or excites uprising against any established law or rule, promoting anarchy

Rogue: /rəʊɡ/
A person or thing that behaves in an aberrant or unpredictable way, typically with damaging or dangerous effects

Sabotage: /ˈsabətɑːʒ/
Malicious damage or disruption (usually caused by a person within the organization and especially for political or military advantage

Broker: /ˈbrəʊkə/
The intermediary, a person who buys and sells goods or assets for others

Down payment:
Advance payment, an initial payment made when something is bought on credit

Courier:  /ˈkʊrɪə/
Carrier, a company or employee of a company that transports commercial packages and documents

In exchange for:
As a substitute for, in place of, for

Diversion:  / dʌɪˈvəːʃ(ə)n,dɪˈvəːʃ(ə)n/
The action of turning something aside from its course

Walk out:
Go out with, go after; depart with resentment

Pull out:
Remove, exit, or depart

Draw the line:
Set a limit, fix a boundary, and decide what is acceptable and what is not

English Proverb: A chain is only as strong as its weakest link 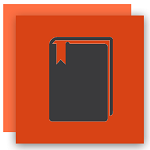 English Proverb: Don’t put all your eggs in one basket

English Idiom: feel a bit under the weather