What do you think about this two phrases with “insist”? Which one is correct?

Insist to
Insist on

This article is going to discuss about this difference and it tries to answer this question which is related to a common mistake in English language in using ‘insist’ with proper preposition. Let’s figure out the meaning of this verb in dictionary before everything.

Demand something forcefully, not accepting refusal.

There are some other prepositions which have seen to be used with these verbs including ‘upon’, ‘in’, or ‘to’, but ‘on’ should be used in most cases and ‘to’ in %99 of cases would be wrong preposition. So please be aware of this common mistake and not to use to instead of on. So notice the following table which is showing the percentage of prepositions application with the verb ‘insist’:

Previous English idiom: Miss the boat
Next English Proverb: A chain is only as strong as its weakest link 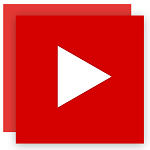 English Proverb: A chain is only as strong as its weakest link

English Proverb: Don’t put all your eggs in one basket

English Idiom: feel a bit under the weather