Which one is correct? indifferent for or indifferent to? So here in this post some points related to this answer will be discussed and you will learnt these points which help you to avoid one of English Common Mistakes.

Let’s take a look at the meaning of ‘indifferent’ before every thing:

So based on the above explanation for ‘indifferent’ which was provided in Oxford dictionary, we can understand it means: “having no particular interest or sympathy”  or to think about something as “neither good nor bad” which is so popular in English language. Actually ‘indifferent’ is often concerned with neutrality and a certain lack of variation in sentiment.

Please note that it is the opposite of ‘different’ which was changed into a negative form by adding a prefix “in”. Indifferent has been a part of the English language since the 14th century. The earliest known meaning of the word was “marked by impartiality,” or “unbiased, unprejudiced.” In early use the word was predominately applied to people, especially judges.

×  He’s indifferent for his job.

✓ He’s indifferent to his job.

‘Indifferent’ is an adjective which usually used with preposition to, but some English learners make a common mistake by using the preposition for with this adjective. So being ‘indifferent to’ means ‘not to be care’ about something or someone.

‘Indifferent’ is usually being used in the sense of “marked by no special liking for or dislike of something.” (And in case you were wondering, when indifferent is used in this sense it is typically followed by the preposition to, rather than for or of. So notice the following examples:

Previous English Idiom: Keep something at bay
Next Adjectives order in English 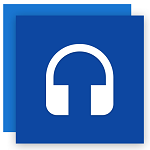